In the Nick of Time 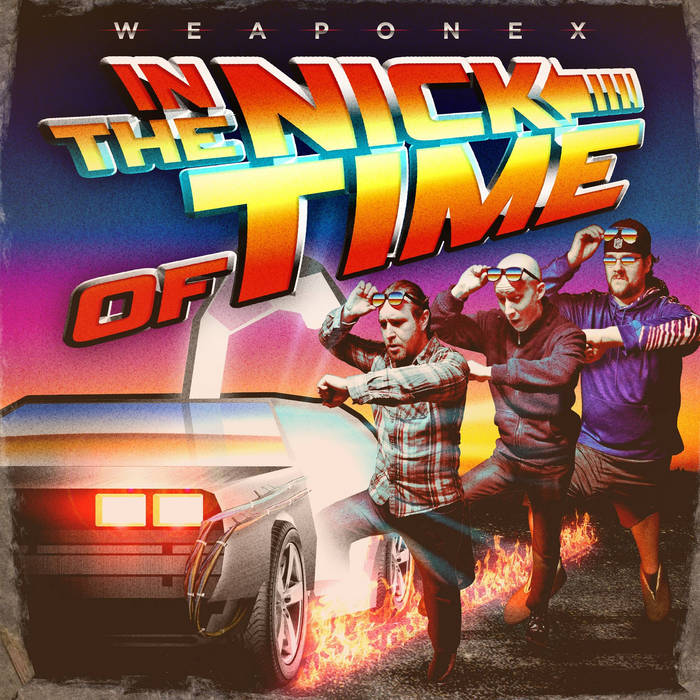 MetalSocks I freaking love these guys. These hard hitting, good prog-groove tracks are some of the best stuff they've done. Favorite track: In the Nick of Time.

In the Nick of Time, is the 2nd, and latest release from the Buffalo, NY-based Progressive Metal band, Weaponex. With the incorporation of flowing dynamics and experimental guitar ferocity, In the Nick of Time boasts 5 unique originals with hooks a plenty and a modernized cover of Deep Purple's, Highway Star. Each track features blistering musicianship but a self-awareness enough not to take itself too seriously. In the Nick of Time makes most other 6-stringers look like second stringers.

Weaponex would like to thank, Katherine Malik-Willard for sharing her husband with the band and supporting their silly rock star dreams (I love you baby!), Robin and Big Larry Steele for always putting up with our racket, Chris Dlugosz for the awesome artwork, Nick Borgosz for his editing work on, “In the Nick of Time”, (Former Weaponex member) Kevin Bartosiewicz for his guest solo on, “The Wrath of the Manticore/ Duggah Duh”, Mike Marlinski and Vick Sacha for their awesome support of all things Buffalo Metal and “the Metal” blog, Grant Henry for saving the album and stepping up to the plate to mix and master this beast, Mark and Patty Willard for the undying support of their son’s silly dream, Anyone who takes the time to buy, listen and spread the word about our music...THANK YOU ALL!!!
credits

Drums featured on, “In the Nick of Time” edited by Nick Borgosz

All songs except “Highway Star” written by Mike Willard and Weaponex

Well, we're 4 guys again. 3 of us are also in ARMCANNON. We enjoy all-original progressive music and decided to give it a whirl while we're still young, alive and have the time. ... more

Bandcamp Daily  your guide to the world of Bandcamp